Primarily based in England Laitan specialises in Private Client matters for high net worth clients and has a wealth of experience in Real Estate, Probate, Trust and Succession Planning and Immigration. He has over 18 years’ experience both in contentious and non-contentious areas of law and has concurrent qualifications in England and Nigeria.

Laitan is a thorough and diligent lawyer who has carried out legal audits and due diligence for leading banks and blue chip companies. He was recently involved in the negotiation of an unprecedented settlement in respect of  claim regarding an oil spill in the Niger Delta that was the subject of international litigation. Previously, Laitan worked in the Legal Compliance Department of King’s College, University of London where he guided the College through the maze of the law and prepared guidance notes and precedents on Data Protection, Freedom of Information and the Regulation of Investigatory Powers. Prior to that he had worked in the Lagos based Firm of B.A. Agusto & Co. He is a partner in the London based firm of Anthony Seddon and Co.

Over the last seven years, Laitan has developed an active and growing cross border Private Client practice which, regularly, brings him back to Nigeria. He is versed in asset-tracing and has assisted various commercial lenders in Nigeria to recover debts owed by tracing and seizure of the assets of their debtors in England and other jurisdictions. Laitan was a School Governor in a London Borough and the Treasurer of a London Toastmasters International club. He has keen interests in Political Economics, governance in Nigeria and is a long suffering fan of Arsenal Football Club. 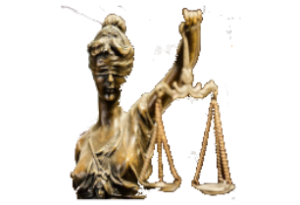